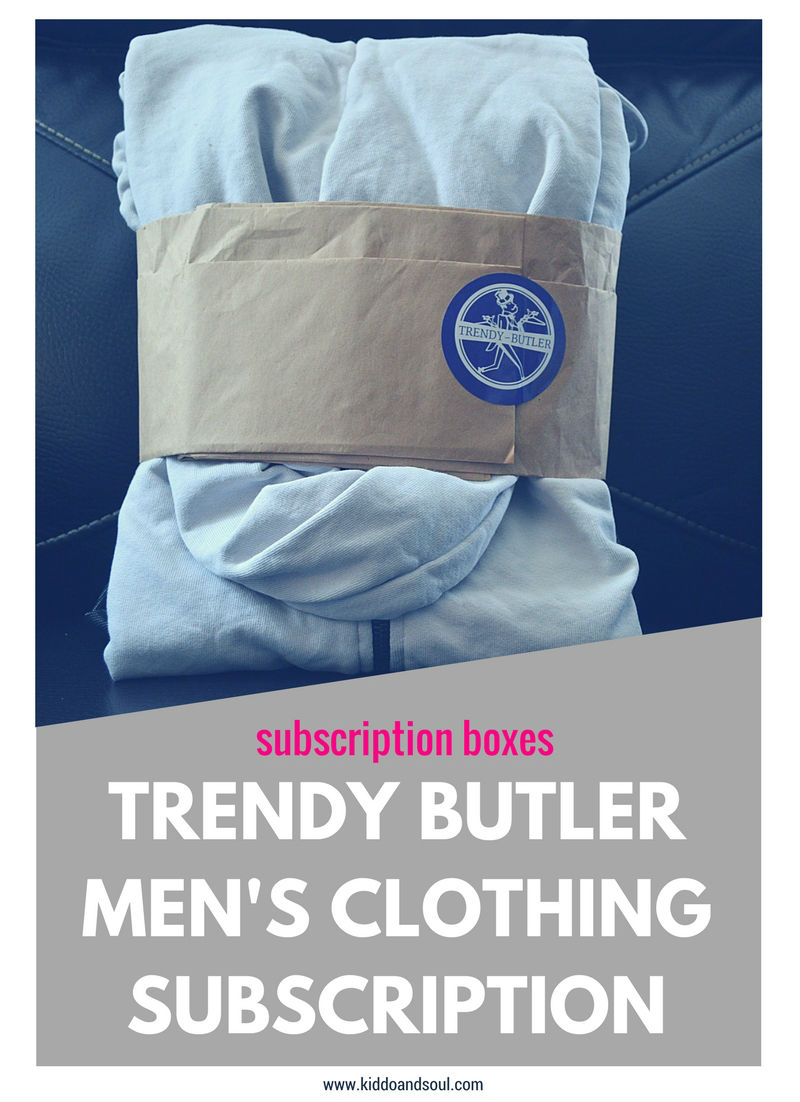 This post contains affiliate links and I will be compensated if you make a purchase after clicking on my links. This box was sent to kiddoandsoul at no cost in exchange for an honest review.  See full disclaimers here.

Happy day I hate to spell!  I’ve discussed this before, but it’s time to put it back on the table.  This word.  This day.  I seriously have no clue whey they (the they who decided how all the words in the land would be spelled) put a random “d” in a word that should clearly only have one “d”. Wednesday.  And, why is there an “e” in between the “n” and the “s”?  This word makes no sense.  I’m never spelling it the right way ever again.

But that’s not why I’m posting.  Today, on this beautiful WENSday, I’m sharing a fun little clothing subscription who caters to men and sends manly little packs of clothing each month.  Meet my new friend, Trendy Butler (who clearly knows how to spell and didn’t put any erroneous letters in random places like someone I know).

WHO IS TRENDY BUTLER?

Trendy Butler is an exclusive and diverse men’s apparel subscription service that gives members $150+ worth of men’s clothes for $65 per month. Their technology personally caters to each user’s style preferences, sizes, and overall personality.  [otw_shortcode_button href=”
<a href=”http://www.awin1.com/awclick.php?gid=298411&mid=7172&awinaffid=298229&linkid=604805&clickref=” size=”tiny” icon_position=”left” shape=”square” color_class=”otw-pink” target=”_blank”]Get the box[/otw_shortcode_button]   Bonus!  Grab $15 OFF using my link and entering coupon code STYLIST15.

When I told the husby he had a package he thought I was punking him.  I mean, 95 percent of the packages that come through these doors are for me and our little sweetie peaty, so when he found out this one was all about him, he was pumped! 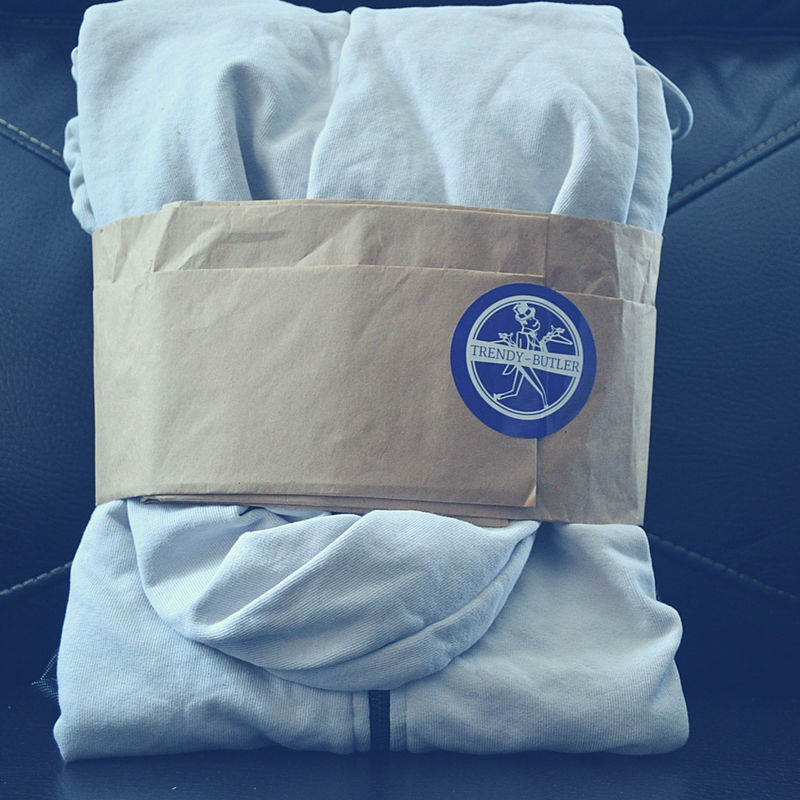 The way they package and deliver the goods is perfect for a guy.  I personally love how my girly subscription boxes are packaged like little presents, with stickers and tissue paper and fun packing stuff.  BUT, my hubby could care less about the fluff, so this was right up his alley. 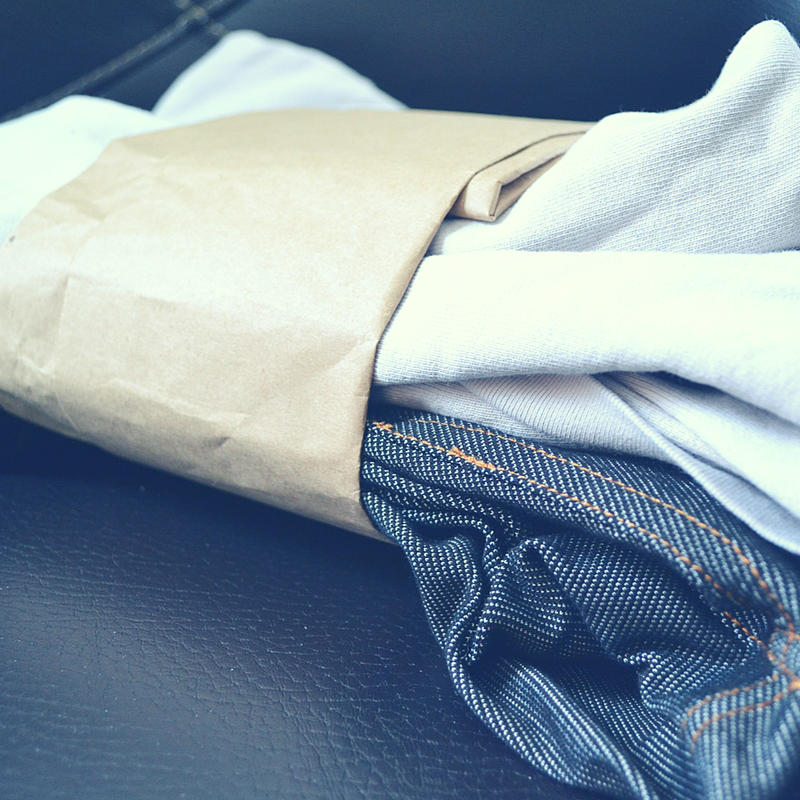 At first glance, I was hoping the hoodie would fit him, because the color was great (and slightly different than anything he has) and it felt like really good quality.  And, if I’m being really, brutally honest, I was totally confused by the pants (I’ll get into that more below).  But first… 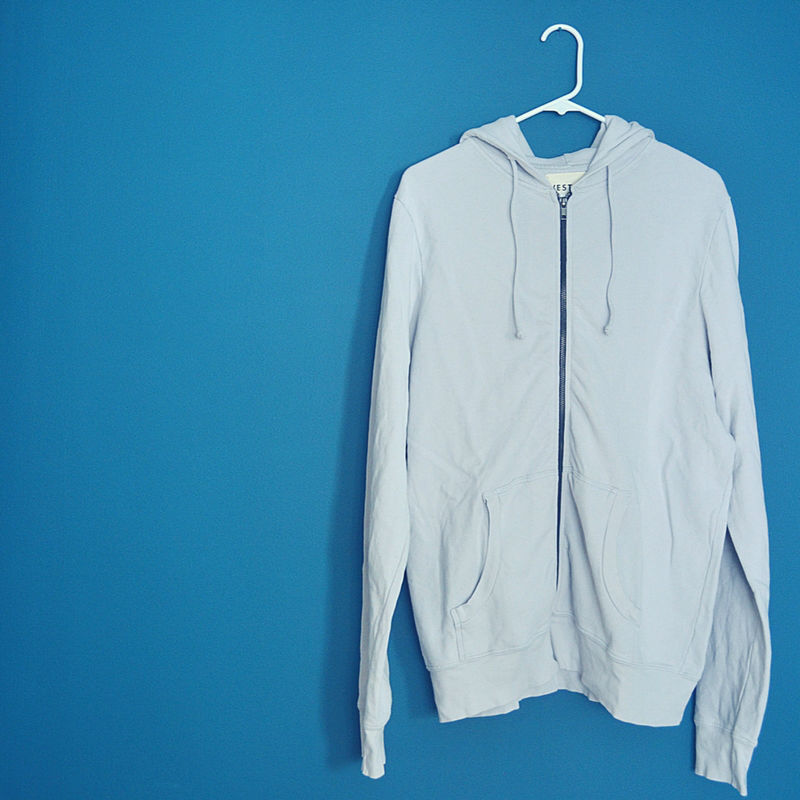 This was a major win.  For starters, it’s a really nice quality fabric and heavier weight than you would think from the pics and description.  And, the color (although it says “white” online) is kind of like a light grey-oatmeal color.  Love. 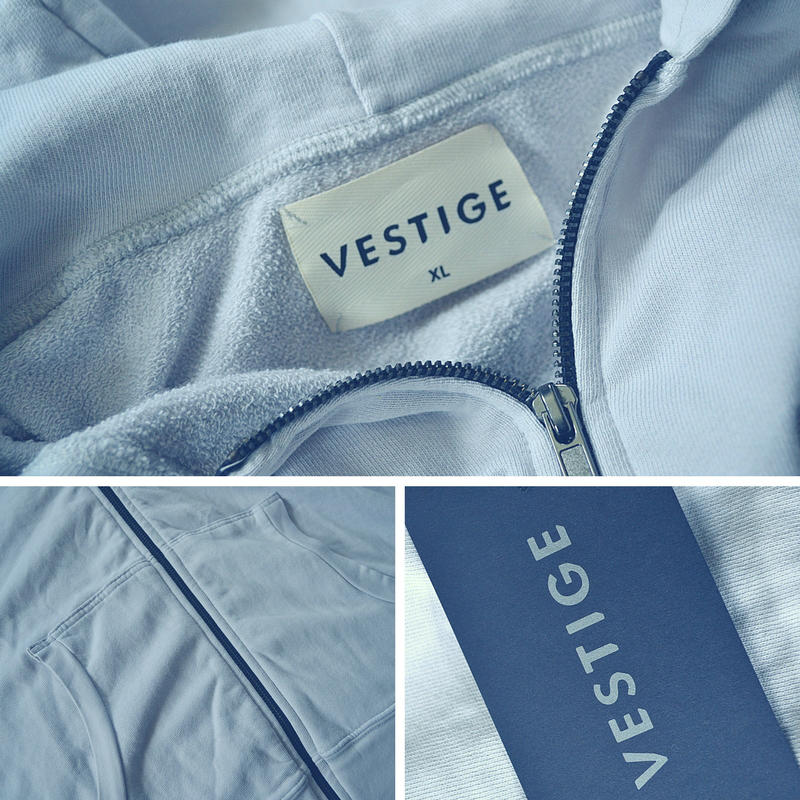 And, it fit my hubster like a glove. He’s been wearing it non-stop since the second he put it on. There’s a fairly serious bromance going on there and I’m pretty sure I’m on the outs. 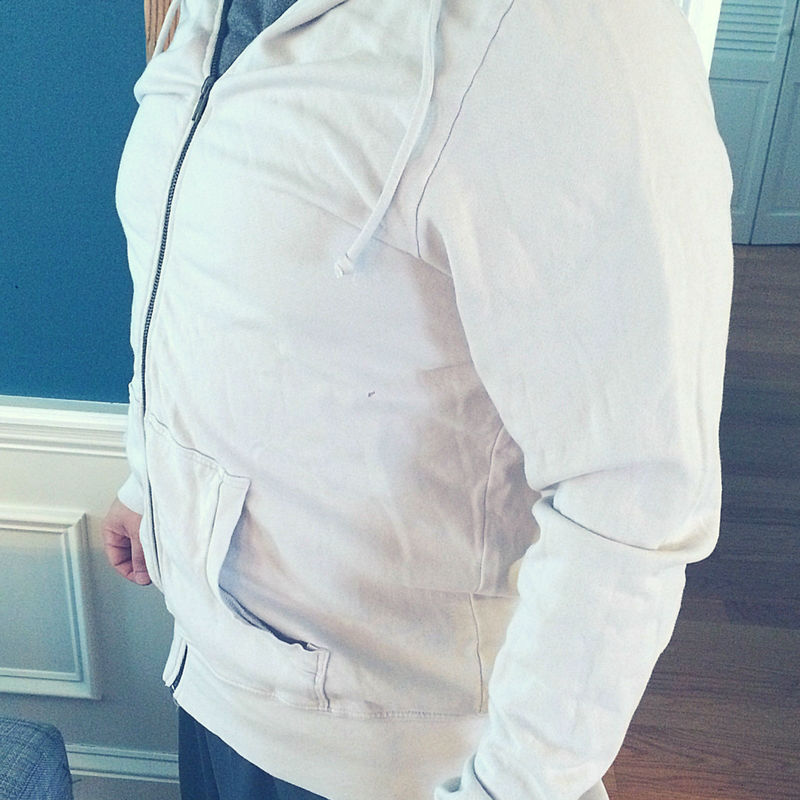 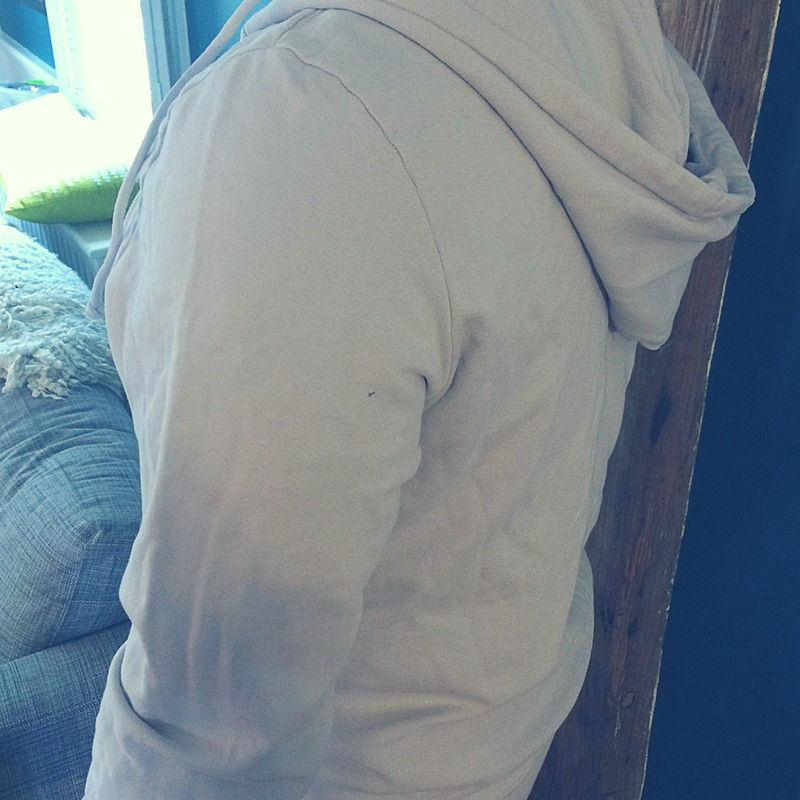 He also got these Jean Sweatpant Thingys.  Just kidding.  These are officially Joggers from A/Jeans.  And, I can’t get any deets on them because their brand site is down at the moment. Retail:  Call Inspector Gadget because it’s a mystery.

So, I’ve got to be honest here.  These pants had us LOL’ing a little. For whatever reason, they reminded us of those pajamas they make that are supposed to look like 1980’s stonewashed jeans. 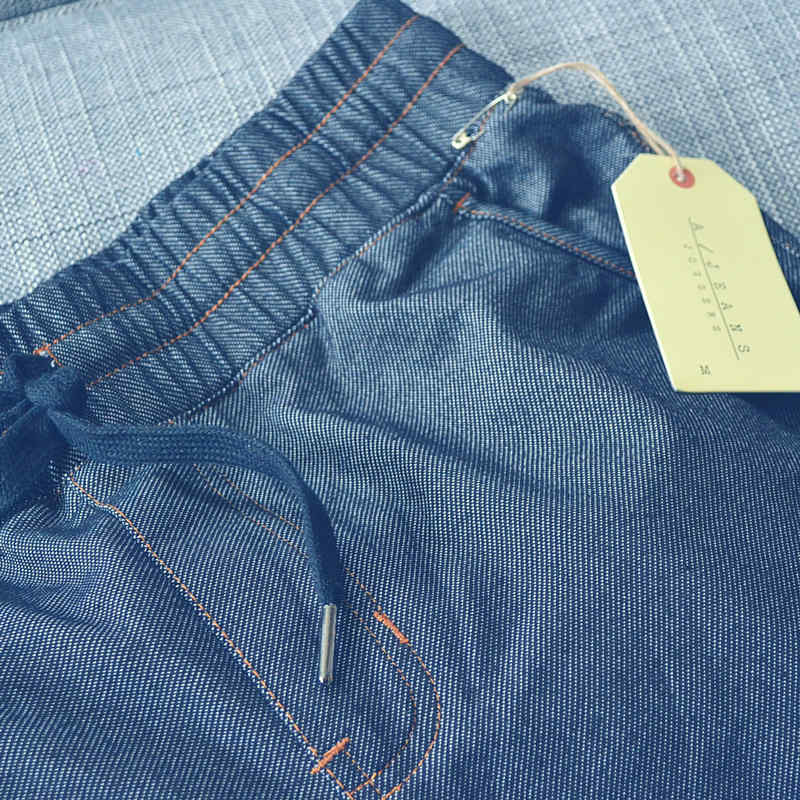 But, they are actually really heavy duty and although they look like jeans, but are totally sweatpants, I think they could be a great fit for the right guy.  And, unfortunately, that’s not my guy. 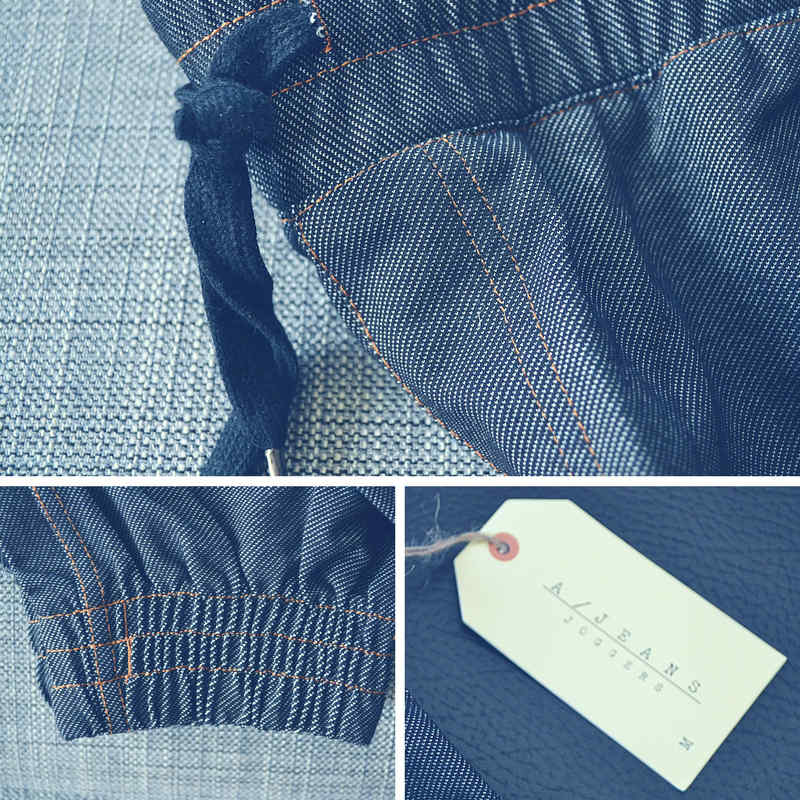 Some things:  He’s on the shorter side and these were way too long.   They were also cinched at the bottom, which…I don’t even know what to say about that.  If he would’ve tried them on (which he didn’t), he probably would’ve looked like a 90’s kid who put on his older brother’s hammer pants and whose younger sister taught him how to tight roll.  He might have been doing the kid n’ play while jamming out to Bell Biv DeVoe on his disc-man. These sweatpant jeans are poiiiiiiisoooooon.

In all seriousness though, these would probably be super cool…on the right guy.  And, BONUS! They can be exchanged for something else, which is an awesome feature of this particular clothing subscription.

When you sign up, you create a style profile and the stylist picks your gear.  You get the clothes, try em’ on and rock those babies. You get two items in the box – top & bottom.  This subscription is meant to “build a wardrobe“, so it might not be a complete outfit every month.  Just an FYI.

I’d say yes.  Despite the jean-jogger situation, the sweatshirt my hubs received is basically his mistress now.  Thumbs up.

Let me know if you hook yourself up with this men’s clothing subscription or if you’re guy is already a head over heals subscriber. 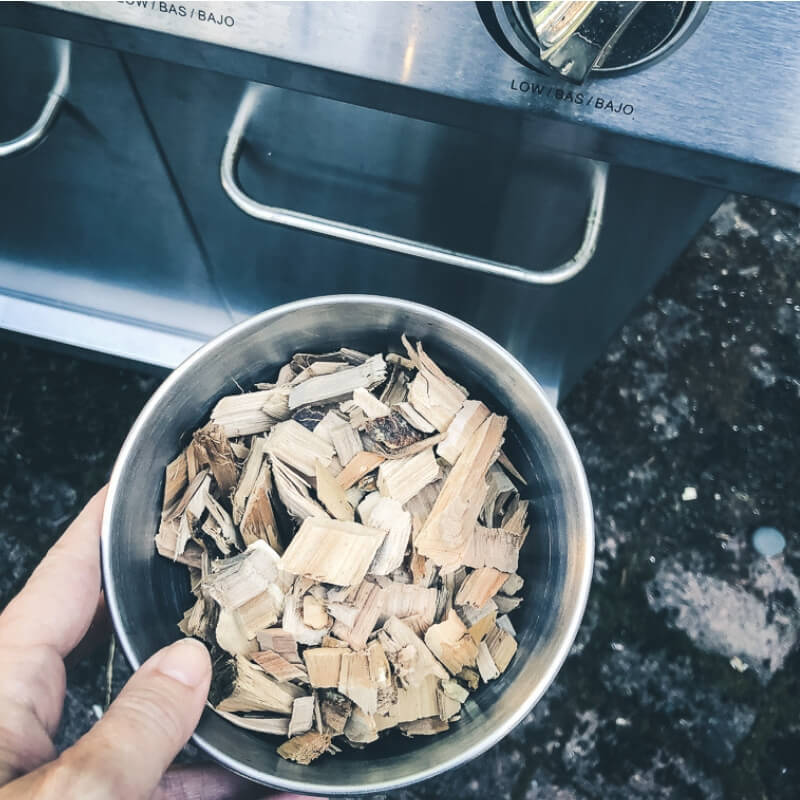 How to smoke meat with your propane grill + other awesome summer barbecue tips! 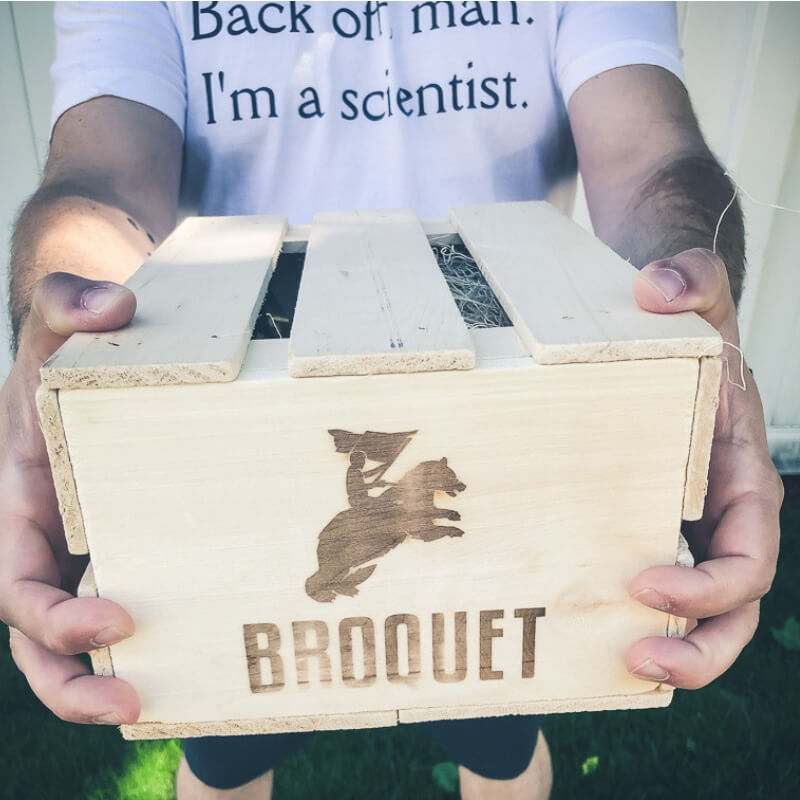 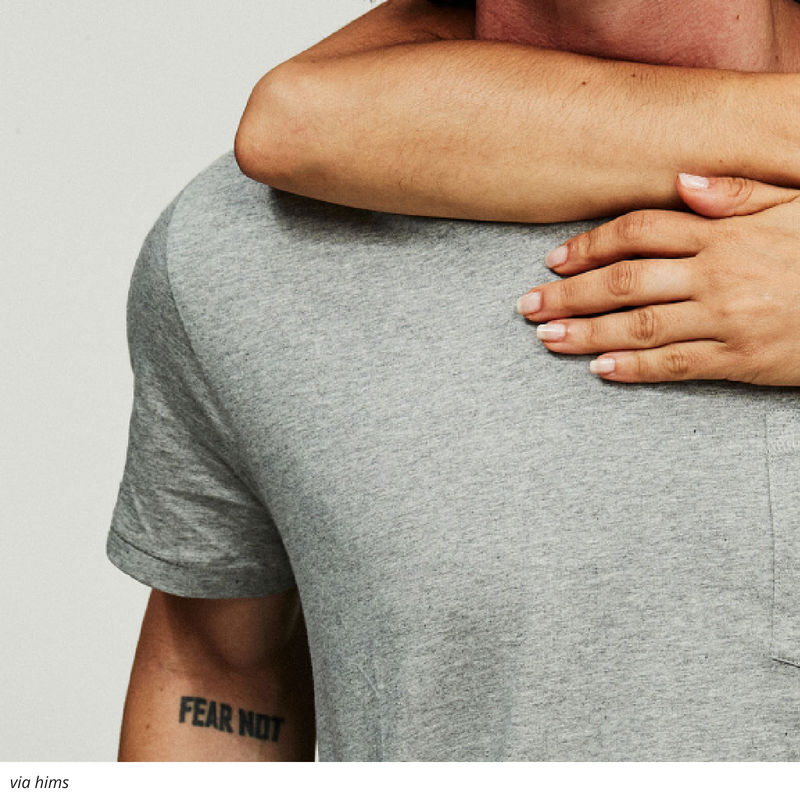 A FATHER’S DAY GIFT THAT’S ALL ABOUT HIMS