Duuuuude.  I’m pretty stoked about this lil’ recipe hack I came up with of late.  Not only because it’s insane good, but because it saves insane amounts of time.

We are desperately trying to get back on the healthy train, and proper meal prep is out for us right now (wah, wahhhhh).  We legit, just don’t have time (as evidenced by the pic above, which was taken with an iphone in 2 seconds, because…no time – I’ll update with a better one soon).

So, recently, I went on a mad pinterest hunt to find delicious, healthy receipes that (a) didn’t take 9 million years to make; (b) didn’t involve a ton of prep; and (c) were good for our bods.  And, something totes fun happened.  I started finding amazing recipes and “hacking” them so that they were like, the easiest in the land to make.

Some disclaimers:  I’m not a chef (far from it – remember, I can’t even operate a grill and can just barely operate a microwave).  And, because it’s a hack, it may not be as clean or as healthy as the original, so we’re only rocking hacks on nights when we would otherwise throw a frozen pizza in the oven (trading that for something better for us).

Let me start by saying the original recipe looks so good.  And, it’s not like it’s that much prep, but when you legit have about 15 minutes to make it happen, I need exactly 15 minutes.  No more, no less…no waiting 10 years for rice to cook up the proper way.

Grab pre-grilled chicken, microwave rice and literally throw it all in a bowl

Let me know if you’re hacking any recipes or if you have better ideas (or add ons or exciting yummy versions of this one)!

Sorry for the lack of photos.  Proof that this recipe only took like 15 minutes.

Foolproof homemade cranberry sauce (with or without sugar!) 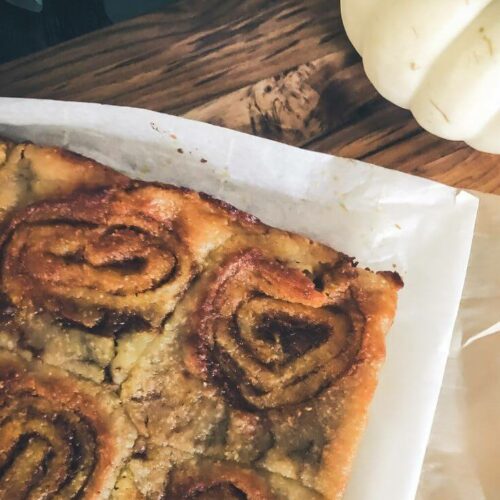