It’s the LAST DAY of 2017 guys and I’m super stoked to see it go.  I mean, there were a ton of awesome things that happened this year – but so, many yuck moments, too.

We spent most of the year sick, our cat died, we had a gas leak, a breast cancer scare and the hubs got hit by a car (while riding his bike)! The hits literally kept coming, but something else happened along the way (as it always does) – we got through it, we became stronger and life didn’t let us give up.

When we got sick, we eventually became healthy again.  When we noticed a gas leak (and subsequently had the entire fire department in our front yard), we caught it quick and had the funds to purchase a brand new stove.  When we got the call that my hubby was hit by a car, he was ALIVE.  He’s still recovering, but it could’ve been so much worse.

We are lucky.  We are lucky to have immune systems that heal our bodies, and senses of humors that get us through the drama.  We are lucky to be blessed with love, and life and each other (and thankfully nothing more serious than a few trips to the ER, some new appliances and a bunch of tissues).

Here’s a little snippet of our year – some of my favorite products, moments and links to it all.

Wishing you the most magical 2018 ever.

We got hooked on Metabolic Meals and loved this meal delivery service so much, we ordered their meals again and again.  These healthy meal delivery posts became some of my most popular of the year.  Who knew? LOVE them. 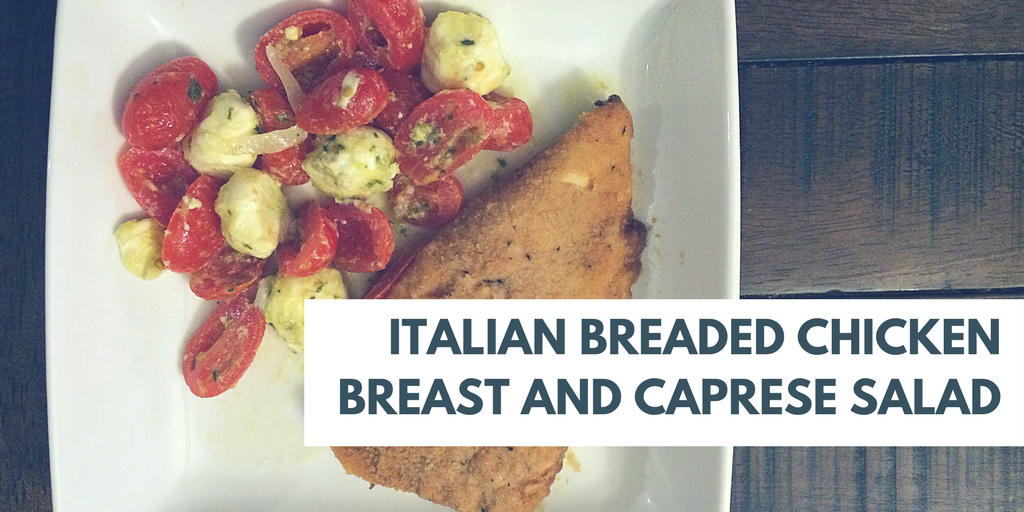 We spent the better part of January sick, and our daughter found her inner wild child.  We were completely naive to the battles of wit and will our year (and our sweet pea) would bring us.  She started by coloring my laptop red.  So, that was fun. 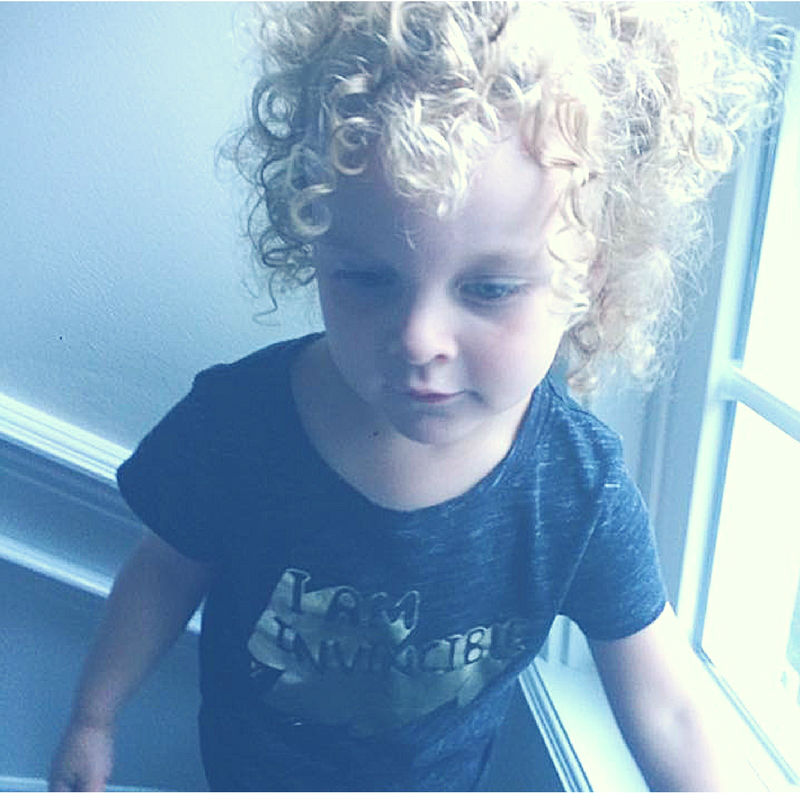 I met BeautyCon for the first time and fell in love with this eyelash primer and this Too Faced Bronzer (which legit smells like chocolate). 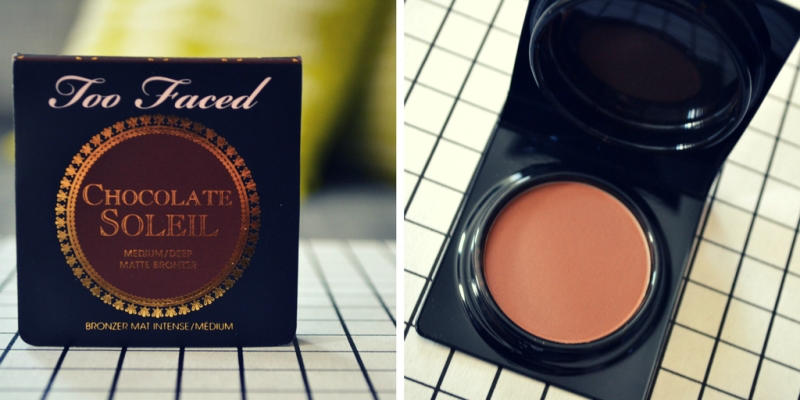 And, completely unexpected – my sweet Bunzie Boo took her final breaths and broke our hearts in two.  Fourteen years of bliss with that magical little creature.  I’m literally crying as I type and look at this image of thier final, precious goodbye. 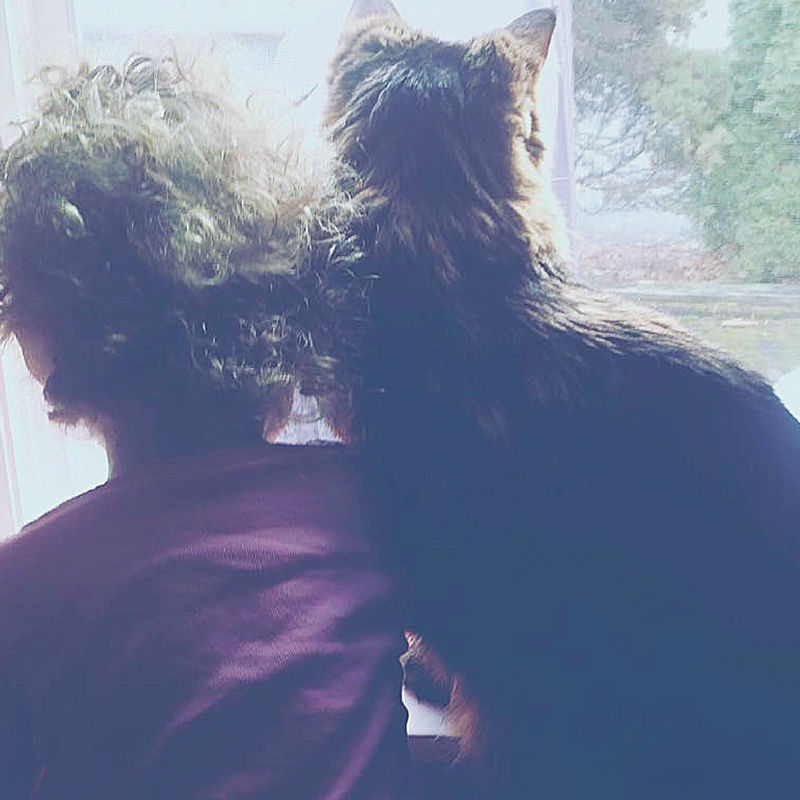 I turned FORTY guys.  Forty.  And, my hubs sent me on a fabulous top secret adventure to the spa. 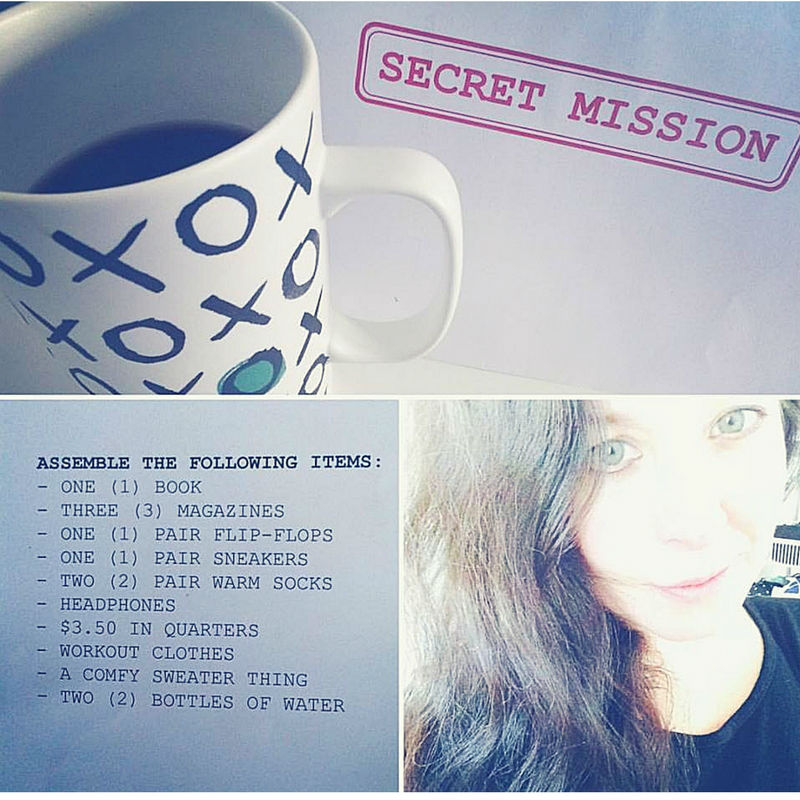 Wanna know the fastest way to kill a good relaxation buzz?  Watching your three-year-old jam her front tooth up into her gums.  We survived, and she acquired her first (and hopefully only) “magic tooth” (because that thing had super powers and returned comfortably back to its original location 4 months later)! 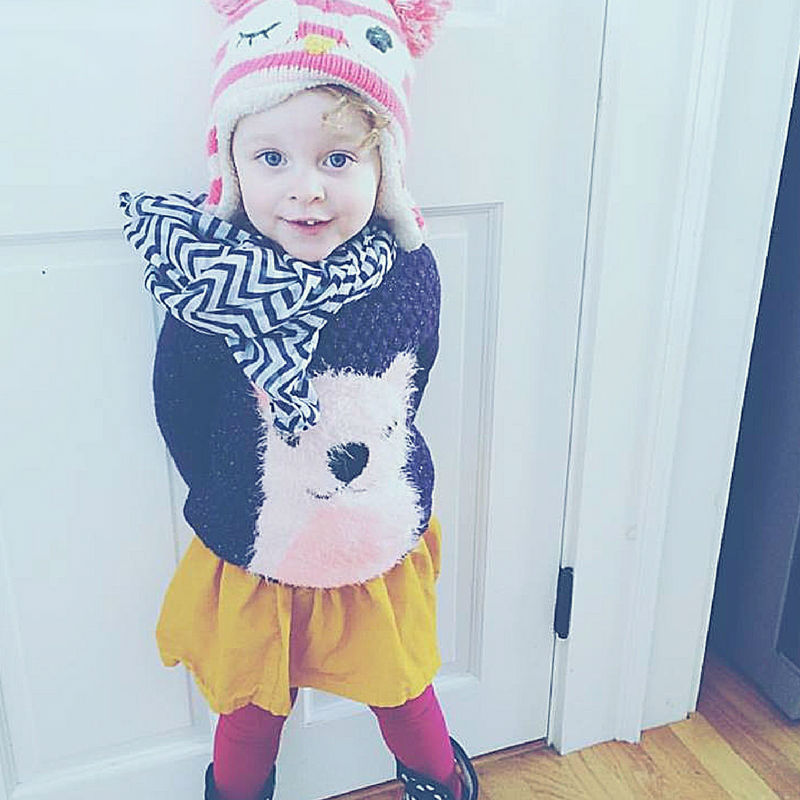 I tasted some new coffee and tried a juice cleanse.  I also baked (and subsequently ate almost all of) these cookies, while simultaneously falling in love with this rather expensive volumizing Mascara (thanks Wantable!). 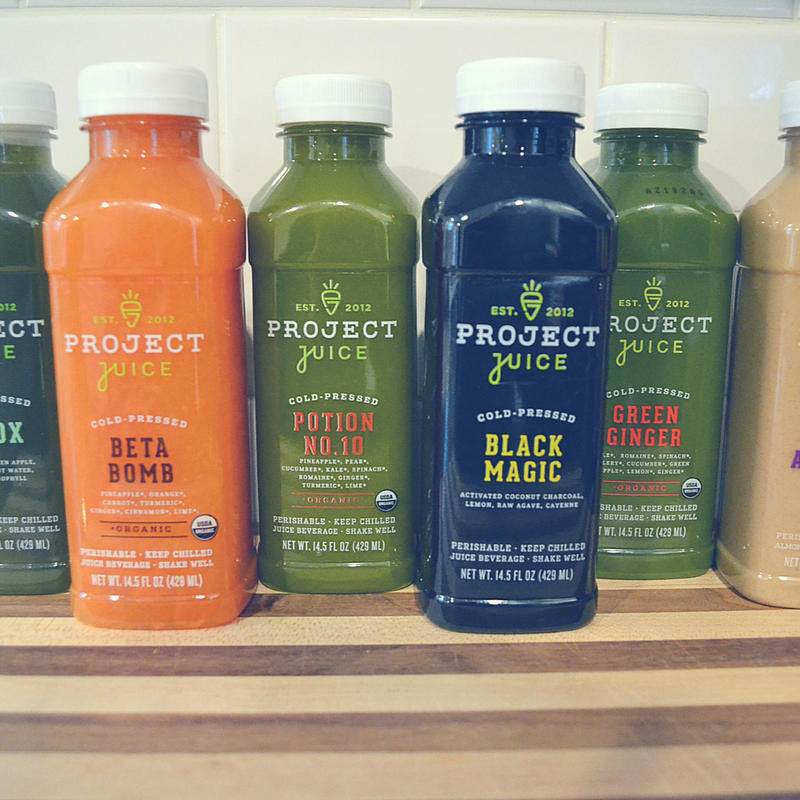 My little lady and I kicked off April with our annual birthday date to Drumlin Farms to canoodle with the baby lambs.  I died 15 times that day. OMG, the cuteness.  It killed me. 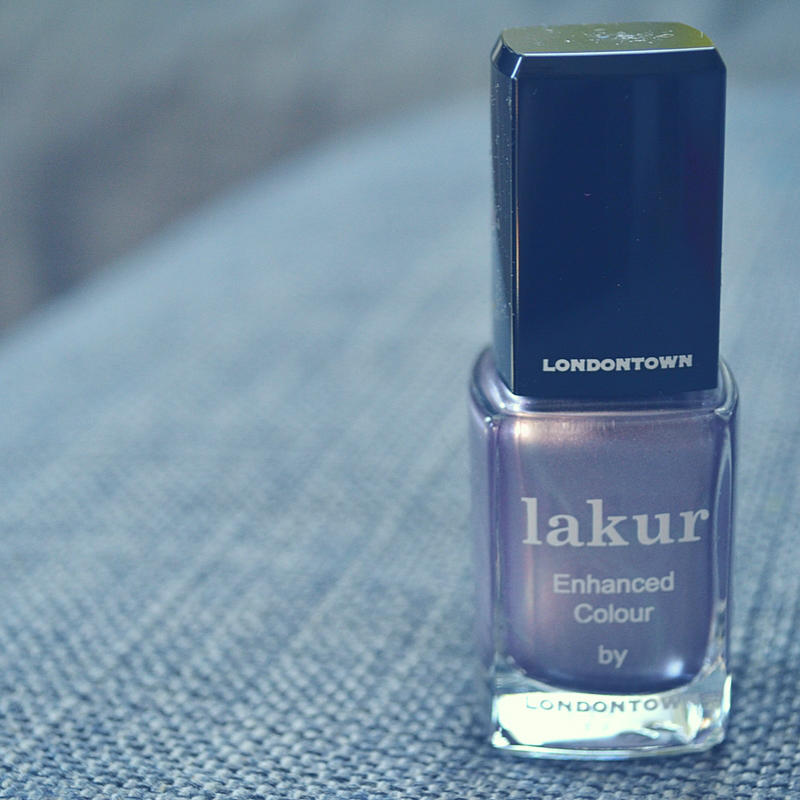 I failed miserably at applying fake eyelashes.  I so wish I was doing videos back then guys.  Epic fail.  And, I discovered a magical, 5 free nail polish (thanks, Vegan Cuts!) that I rocked all spring and all summer long. 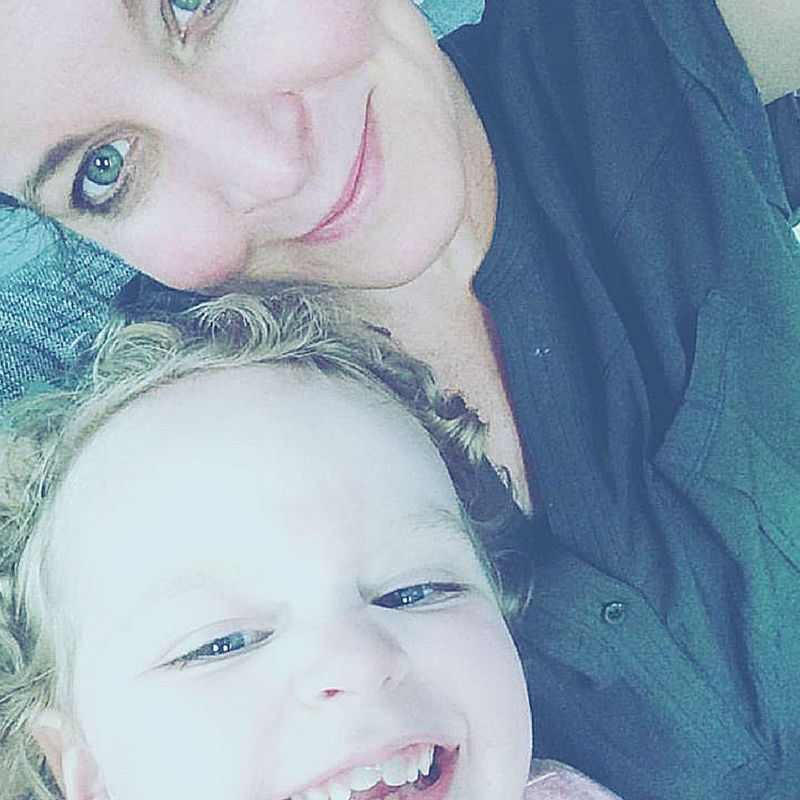 Also with us all spring and summer long was our little lady’s imaginary friend, Frank…the firetruck.

I almost killed Frank by sitting on him more than once…but luckily the invisible version was replaced with this guy (who then replaced all baby dolls). 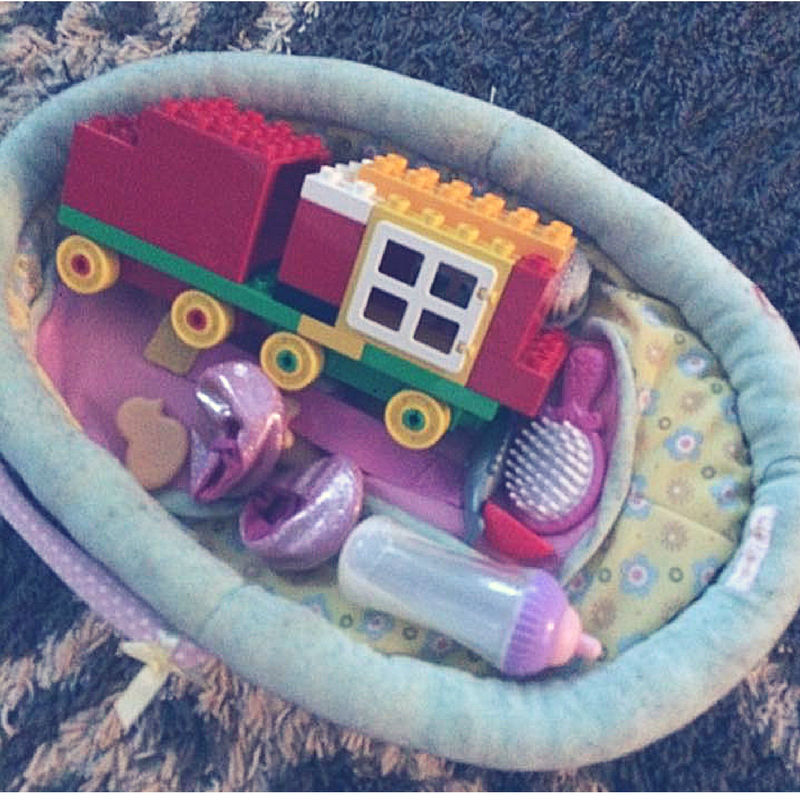 I got my first Influenster Voxbox and discovered EVANYC hair products (which I seriously can’t get enough of)!  I also pretended I was Beyonce’ after getting these booty-licious bootie shorts in my GainzBox (Got me feelin’ so crazy in love…your booty shorts got me feelin’ crazy in love). 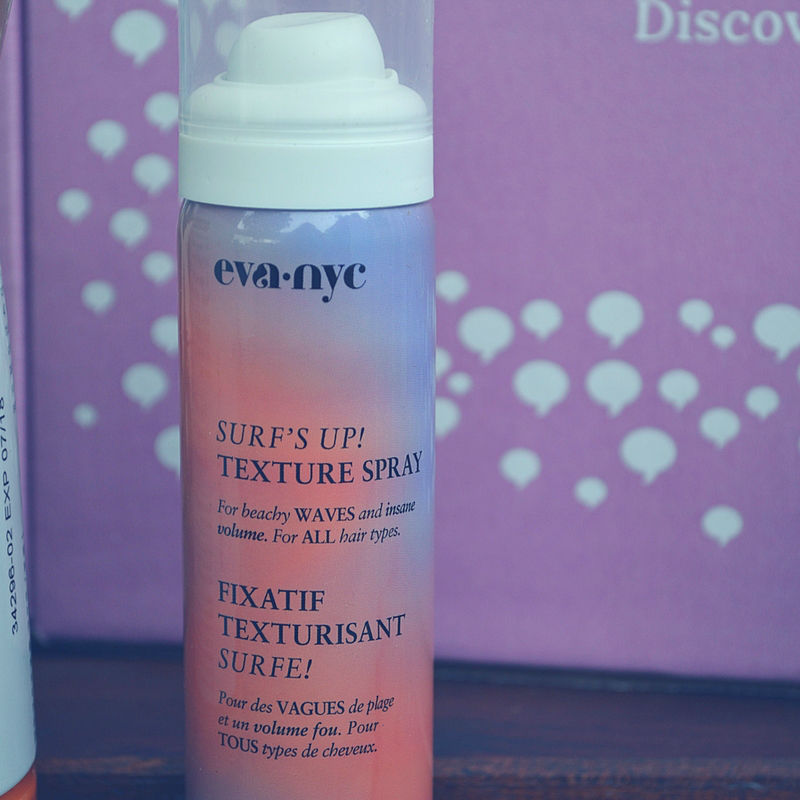 Oh – I wrote my first “serious” post when I apologized to all the mother’s of the world for being a total eff-ing idiot.

Our family grew by 8 paws – We welcomed two, sweet little kitten rescues into our lives and had no clue how much they’d complete our little family. 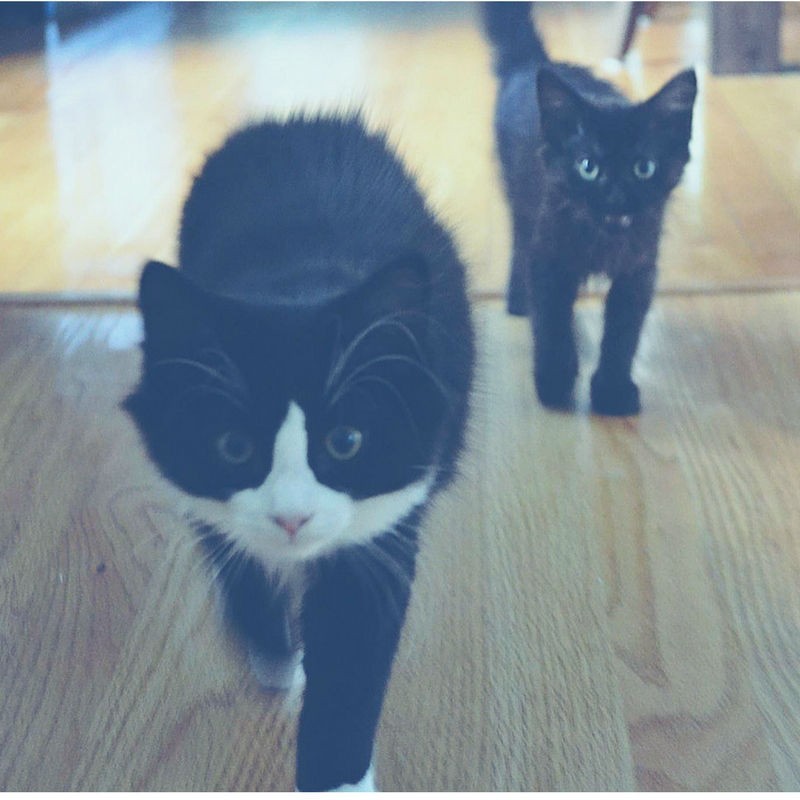 I dumped my hubby for my new lover, this Sorme Brow Gel.

This Lavender Scrub happened.  Just take my word for it.  You’ll never ever want to leave the shower. 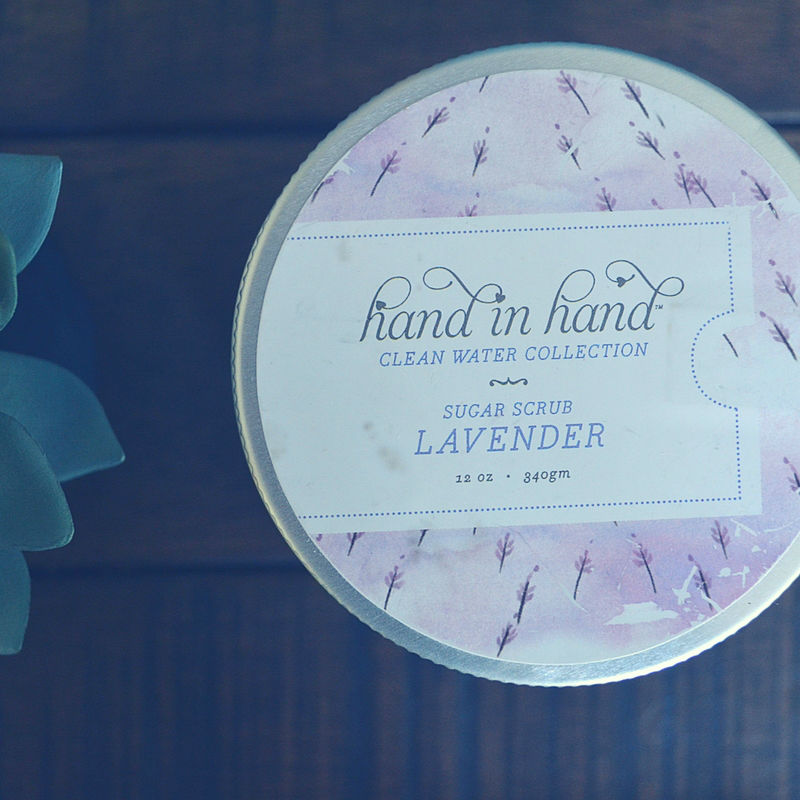 We tried SunBasket and I could not get enough of these Mojo-marinated carne asada fajitas with lime yogurt.   We recreated these in our kitchen just shy of 1 zillion trillion times.

Has anyone seen this Kimono?  Oh, I found it.  Glued to my body for the entire summer.  Box of Style ROCKED their summer box. 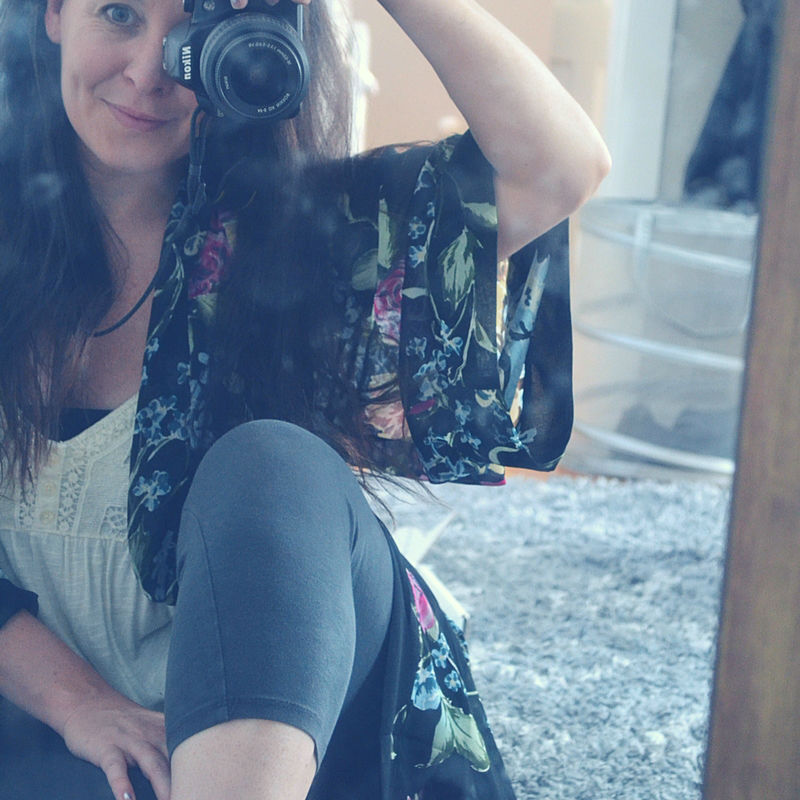 Oh, and I also bragged about my hubs.  He’s the bestest.

We forgot our 6 year anniversary and laughed our faces off…because life happens and we get each other.

Our little started dressing herself, graduated to the big girl bed, stopped taking naps and basically got her drivers license.  So long sweet babe, hello little girl.  We didn’t sleep the entire month of July and the end of the month marked 11 years since I lost my Dad to Esophageal Cancer.  Oh, how I miss that guy. 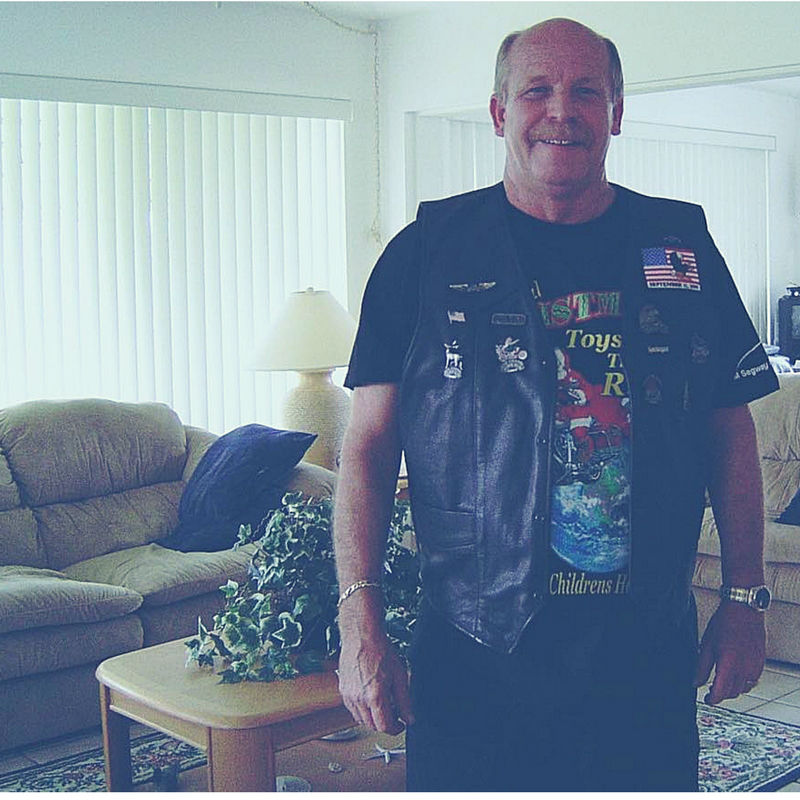 I shared my top 20 summer beauty products and my favorite workouts (for busy mamas like moi).  And found a product that literally CHANGED MY LIFE.  I know I’m yelling, but I have Rosacea and Purlisse made me feel beautiful again.  I can never thank them enough for reaching out to me to try their brand. 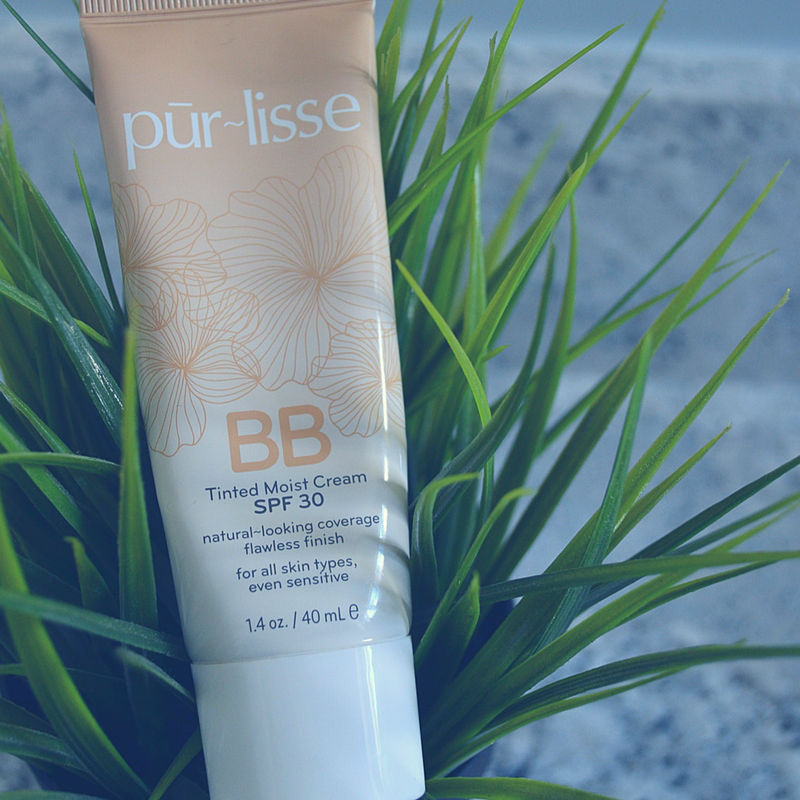 Something else changed my life in July – a breast cancer scare.  Thankfully I’m fine, but it was terrifying.

I started making videos on youtube!  This was the first and it was awful.  I’m getting better and love posting Truth Seshes each week in addition to the other unboxings I share 🙂 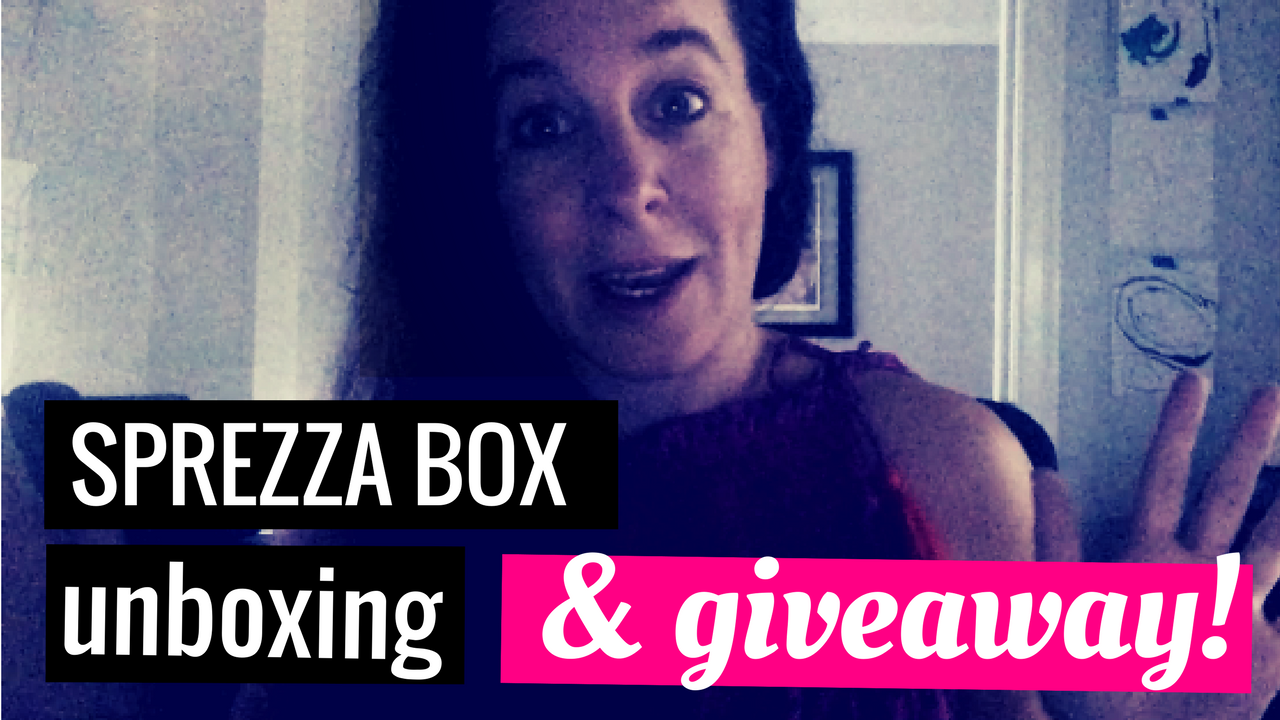 I set some fitness goals and we FINALLY (after 1 whole year) potty trained our stubborn kid.  Holy.  Moly. 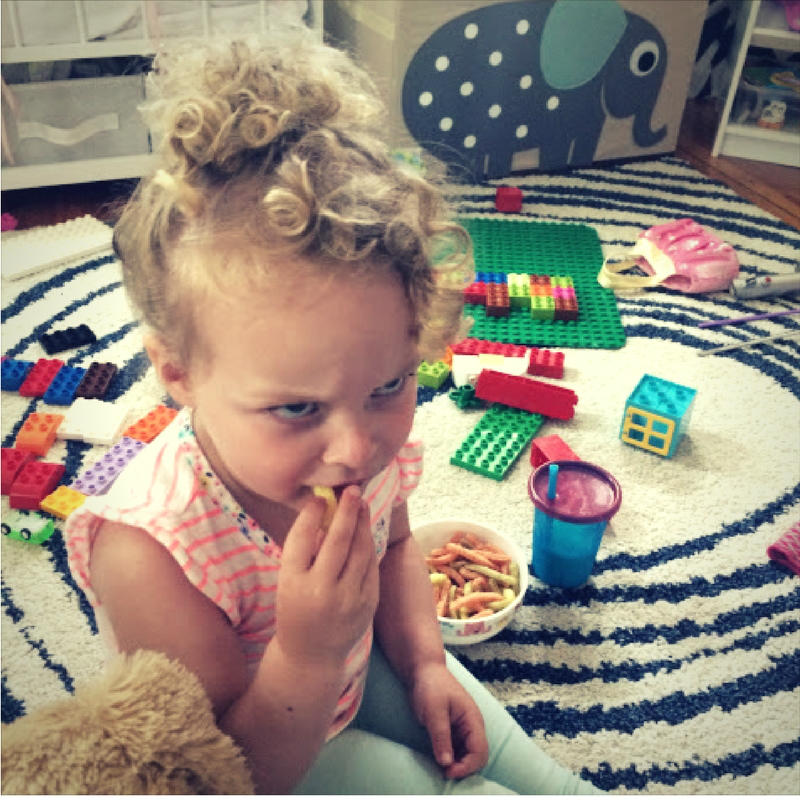 We also considered the coconut on repeat because Moana happened and it never, ever stopped happening.

The fall season started out rough when I almost quit this blog.  September must have been the month of revelation because I admitted that being healthy was hard  and also asked the world to stop getting my kid sick. 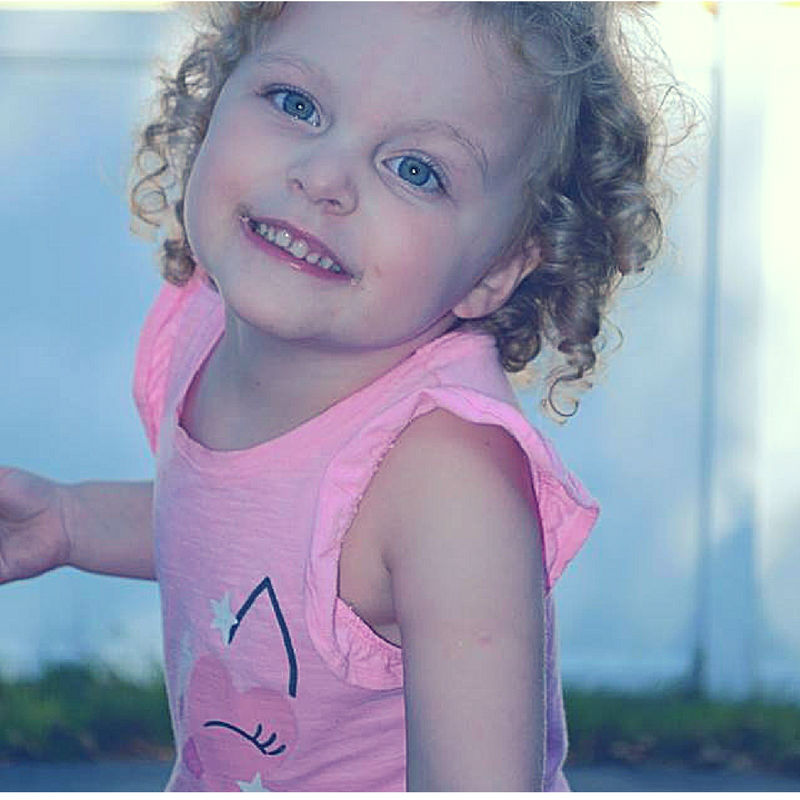 Our sweet girl started preschool and rocked it.

The political divide broke my heart and Mommin’ while trying to work at home was a big challenge, guys.  But, lounging around in these pj’s was not.  Softest in the land.  Wanna marry. 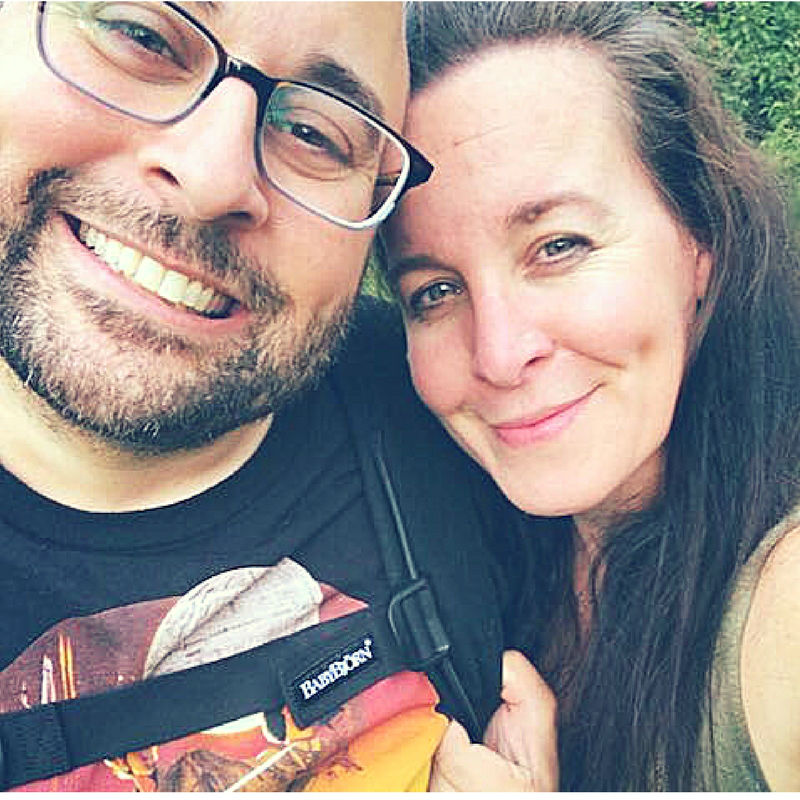 Sweet girl discovered some sweet dance moves, learned to write and spell her name and I donated blood.

Also wanna marry these raw protein balls.  I can’t believe how many of these things I ate.  I didn’t share guys.  Nope.  Not even with the toddler. 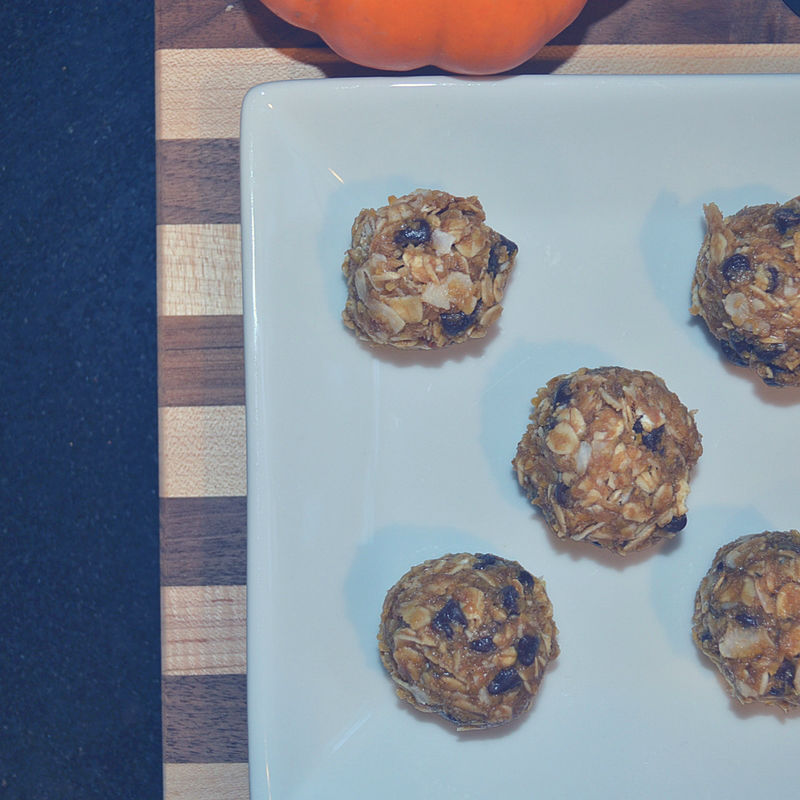 I got my first article published by someone other than myself and I told the world to stop asking if we were going to have more kids. 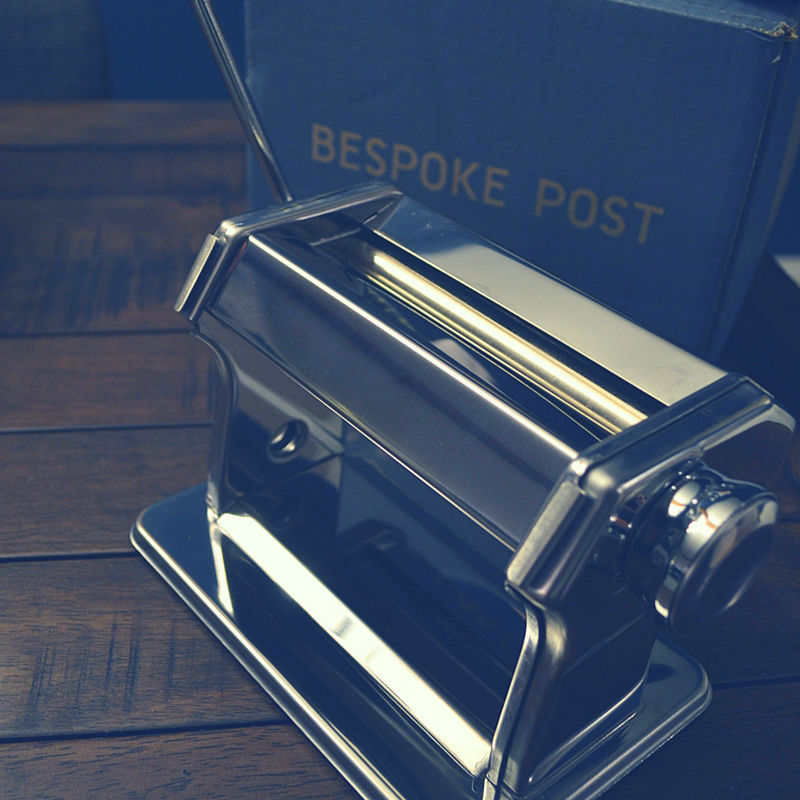 We also fell hard for this Pasta maker (thanks, Bespoke Post!) and this coffee.

Oh, and our daughter learned the mother of all swears and basically used the “F word” on repeat for several weeks.  Whelp.  We made it three years. 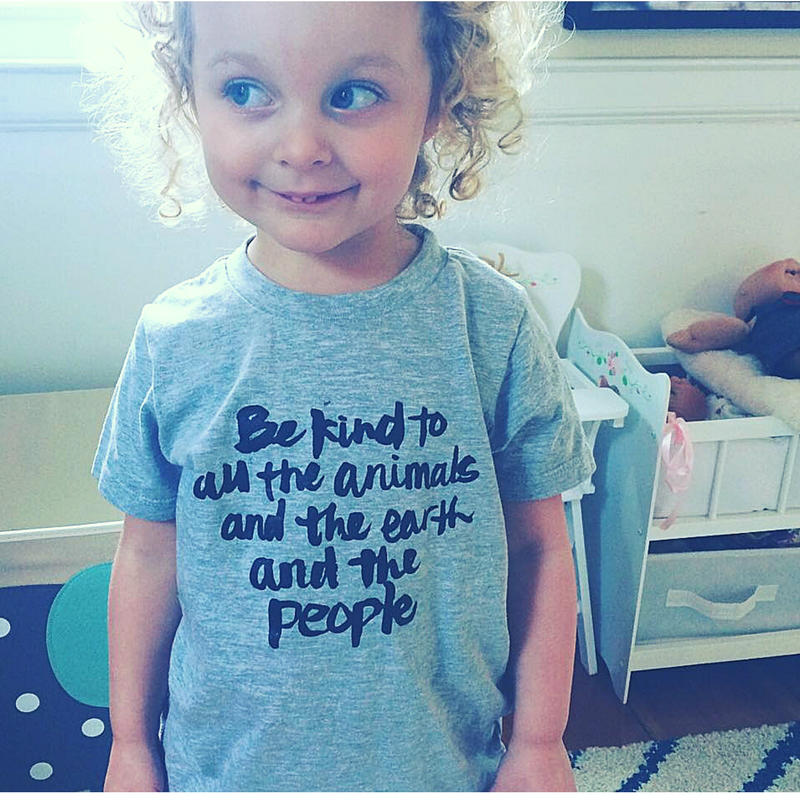 We received this box filled with adorable girls clothes for my daughter and she rocked this headband for days! 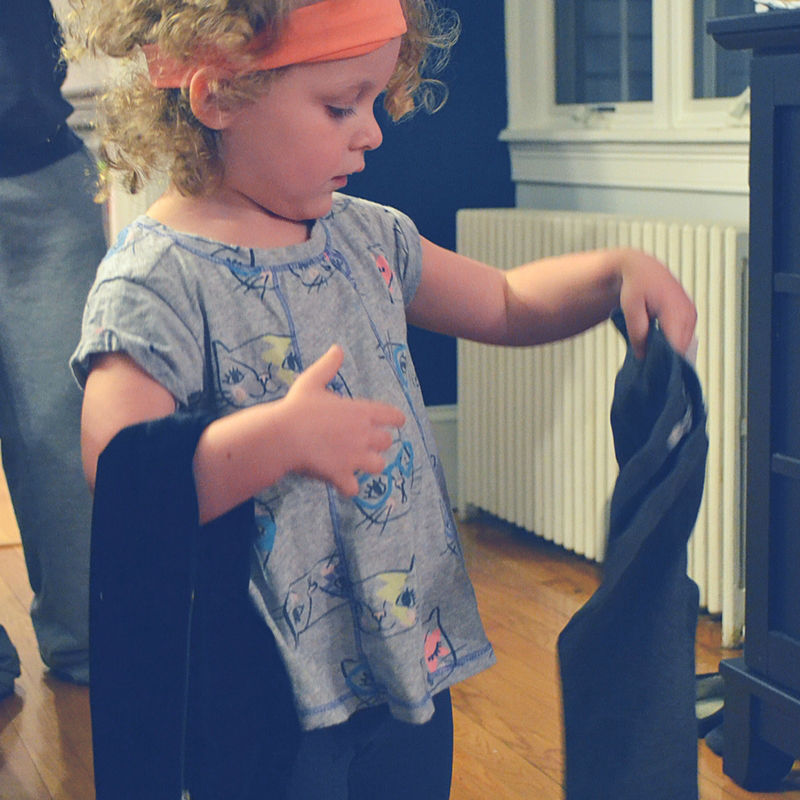 The Walking Dead finale was as lame as the season and I couldn’t stop wearing Cardigans. I finished the year off with this sweatshirt.  Because I can.  And because cats. 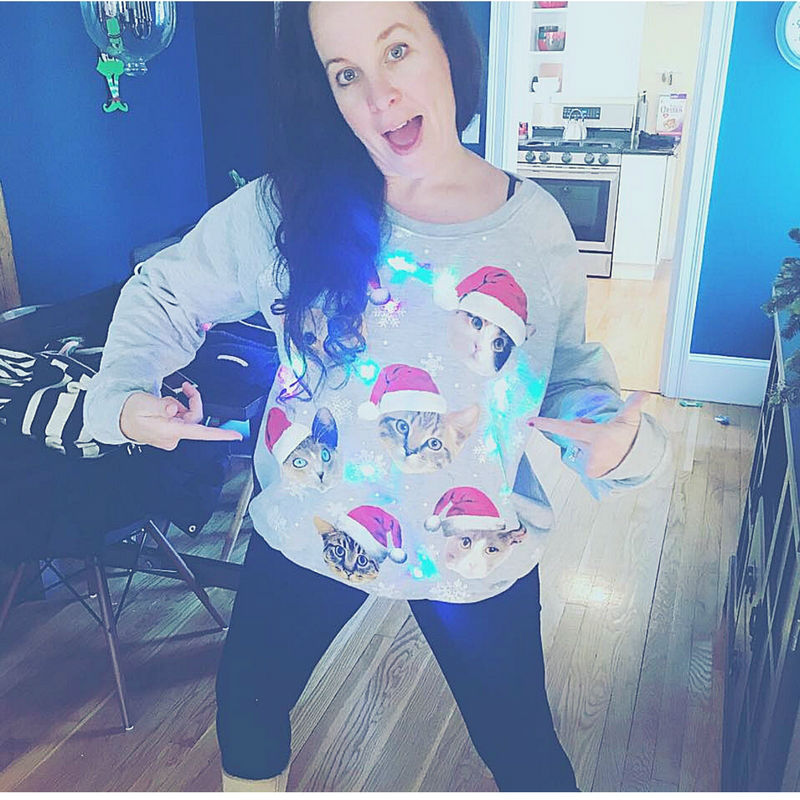 We ended the year with something pretty awesome – a visit to see Santa.  When it was time for the obligatory “sit on Santa’s lap and tell him whatcha’ want” pic, our littlest love let Santa know just what she thought of that archaic tradition: “I’ll stand, thanks”.  It makes me smile and so proud just typing it.  I can’t wait to see what she becomes and hope to God this world stops going backward before she can really shine. 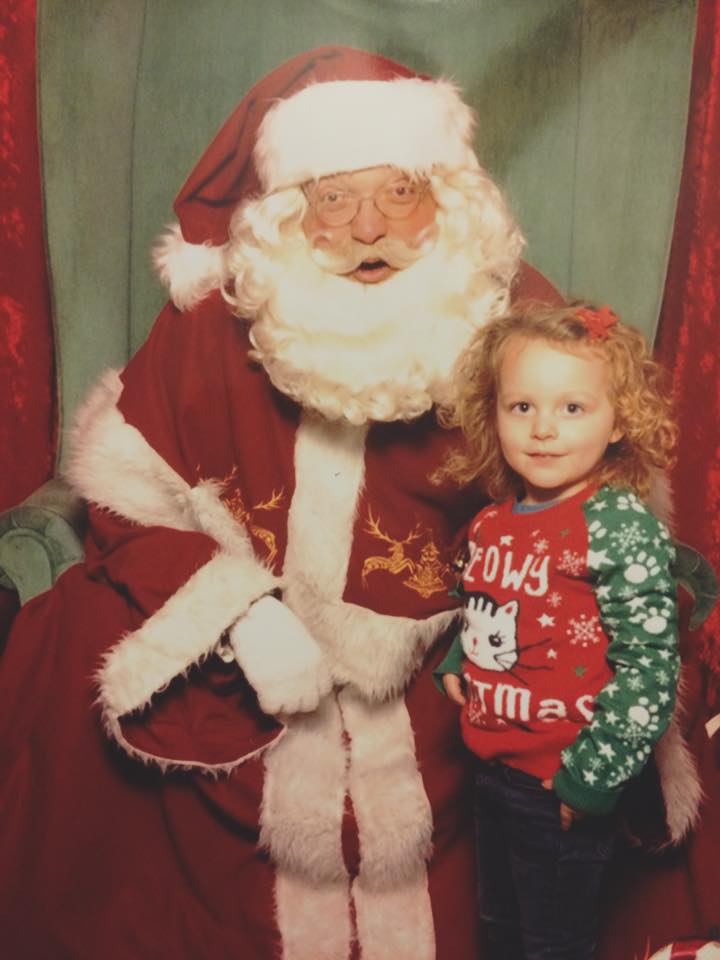 It’s been a wild ride guys.  Ups, downs, pits and peeks.  But, I wouldn’t change it.

THANK YOU to all that stuck with me and joined me on this crazy blogging journey just shy of one year ago.  You rock in every way possible.

I’m excited to see what 2018 brings.  Hopefully better health and thirty-pound weight loss success story outta’ this gal.  But first I’m totally going to eat the rest of those Christmas cookies.  I mean.  It’s a crime not to, right? 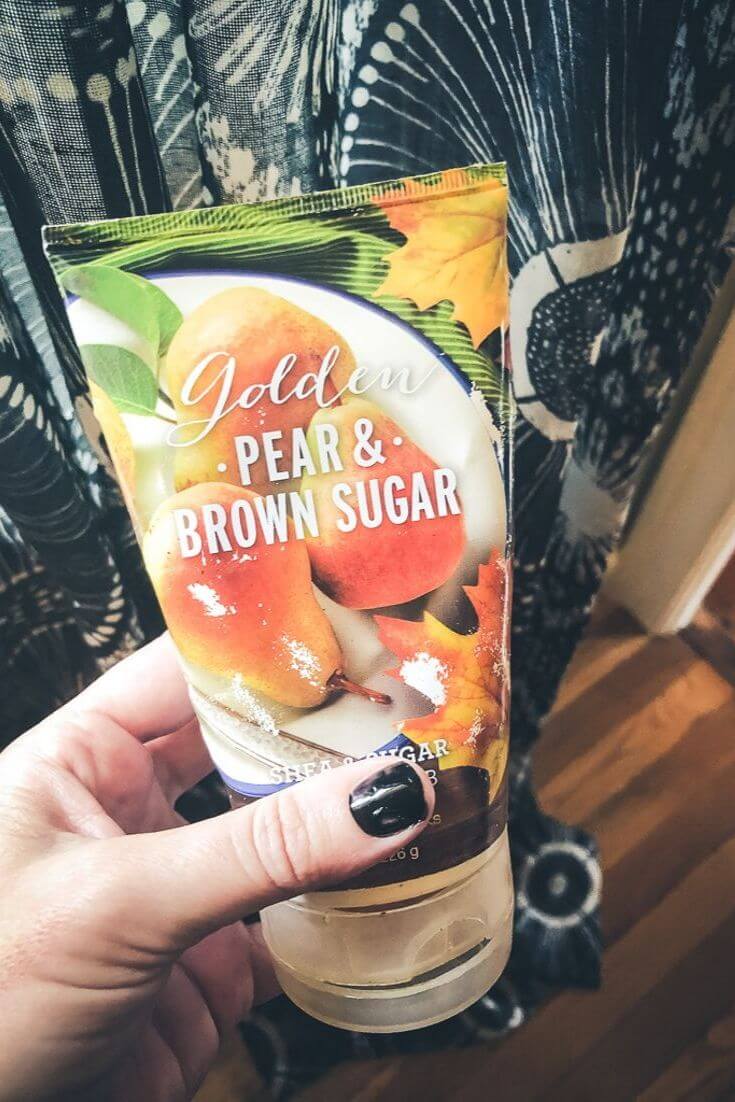 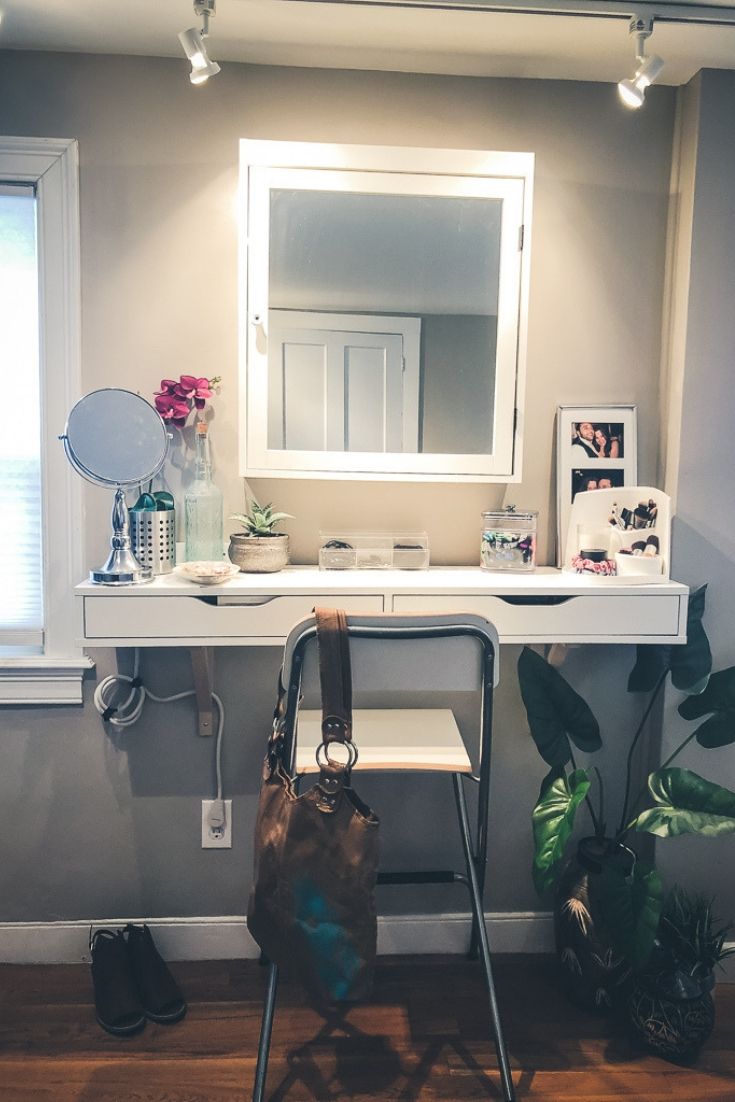 Peak inside my DIY vanity (and see how I organize everything inside!)

I tested 3 popular women’s razor brands and fell in love. Here’s the best razor of the bunch.